skip to main | skip to sidebar

Half IM-less For those of you who raced in last weekends Ironstar half ironman, a major congrats. I have not gotten in any race reports from friends, but from what I remember about last Sunday, it was a chilly, crisp morning followed by a sunny, cool day. Which brings me to mmmm.... me. I did not race as I had planned. Truth be told, my back wasnt doing well, and I simply didn't put in the hours in time for the race. I mean, I did feign training for a short time, and my back paid the price. So that pretty much ended that. I wanted to end this triathlon season with a bang, but I guess it was more of a crackle. In 2008, i think i raced in abot 4 sprints. THAT'S IT. Thats compared to the numerous sprints, halfs and FULL IRONMAN in 2007. Which is why I have not been blogging. I mean, what am I going to blog about if I'm not training? So A LOT is going on in my personal life. But I'm not splashing my personal stuff into this public forum. People don't want to know about the day to day mundane. Hell, I don't even want to hear about that. That's not inspiring. I will say, however, grad school is winding down. I love the subject matter (social work is very feel goody) and I love my internship working with teens and young adults with severe or chronic disabilities. Going back to school was definitely the right move, and of course, with our economy, i'm glad to be here and not "out there"......mmm... for the time being. Austin Visit I have spent this weekend in Austin visiting my dear friend, Ironbabe Jane. Many of you know here because of her numerous appearances on this blog. Jane is doing her FIRST Ironman next weekend in Arizona, so it has been nice to taper train with her, not to mention eat at the awesome Whole Foods Concept store just next to her home. I'm proud of Jane. We met a year and half ago during a talk I gave to first time female triathletes. Now look how much our little Jane has grown up! CONGRATS JANE! GO #2225! (That's her IM Arizona bib!) cheers and happy training! "You are never too old to set another goal or to dream a new dream" C.S. Lewis

Posted by pinkgurugal at 9:54 AM 1 comments

pinkgurugal
Houston, Texas, United States
Howdy and thanks for checking out my blog! I started blogging to share my triathlon misadventures. Then in 2007, I finished my first Ironman. These days I am on the road to recovery from back surgery, settled down and looking forward to a great 2009! Cheers and happy training!

Words by which I live

"When I stand before God at the end of my life, I would hope that I would not have a single bit of talent left, and could say, 'I used everything you gave me'."~Erma Bombeck 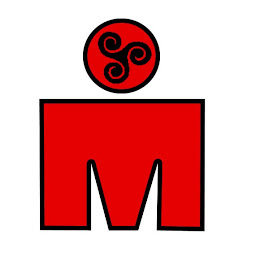 This is how big my tat is on my ankle!

You are entering the no wimps zone

Other Blogs I Likey Likey 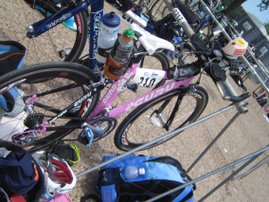 My baby after a hard day's work 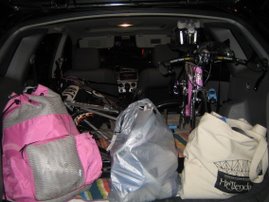 Where we race, she goes 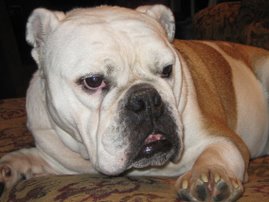 Ally...I kiss her on the black lips!